What is a functional peptide?

What is a functional peptide?

Peptide is the general term for a compound that is made of 2 to 50 amino acids linked together. A compound of further more amino acids linked together is called protein, and the major part of a human body consists of proteins. Inside peptide are hormones such as insulin, glucagon, calcitonin, which are substances in charge of the information transfer that regulates functioning of internal organs. Using functions of these peptides, we create pharmaceutical products called peptide-based medicines. For example, the peptide called ANP that contains 28 amino acids linked together is used in the manufacturing of a medication called "hamp", a therapeutic drug for acute heart failure. With peptide synthesis technology being currently developed, we can artificially synthesize peptide with specific functions, which we refer to as functional peptide. The therapeutic drug for prostate cancer called Leuprorelin (product name) is synthetic peptide of which a part of the structure of LH/RH (luteinizing hormone releasing hormone) is modified. This drug can be an example of the functional peptide put into practical use.

FunPep is a biotechnology venture company focusing on various functions of peptides to develop wide range of business from cosmetics to medical devices and pharmaceutical products. Our Company is an academic startup from graduate school of medicine, Osaka University. 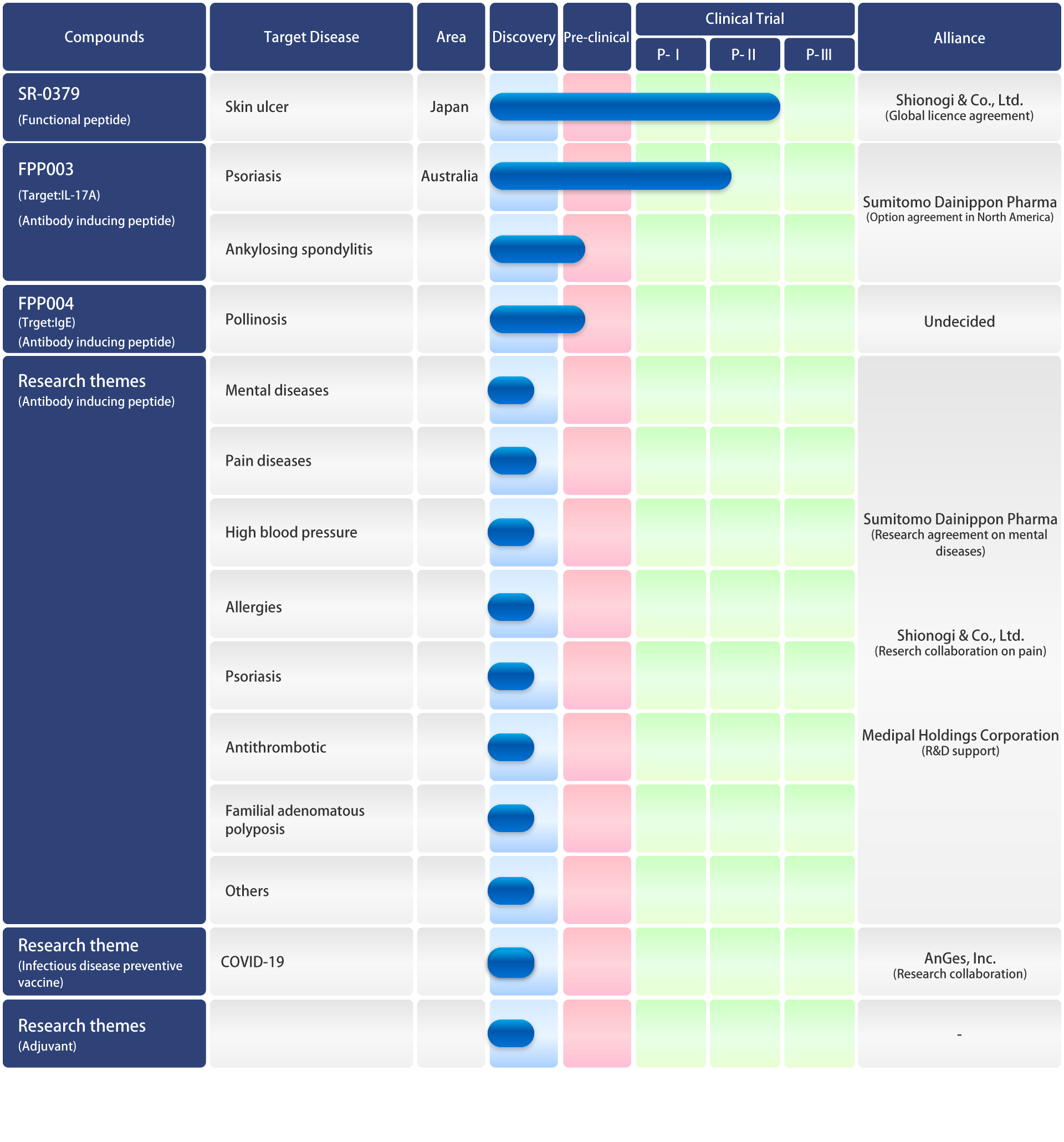